As we enter the second half of 2022, we’d like to take a moment to recognize some recent changes to the structure of the LF Edge Governing Board as terms end and new ones begin.

Specifically, we’d like to extend a big THANK YOU to Jason Shepherd of ZEDEDA for his years of service as Chair of the LF Edge Governing Board. During his tenure, LF Edge grew exponentially, adding new projects and new members as well as a library of original resources including white papers, user stories, and more. Additionally, Ryan Anderson of IBM has ended his tenure as the Board’s representative from IBM after years of service. Thank you, Jason and Ryan!

Learn more about Tina and Hakan below. 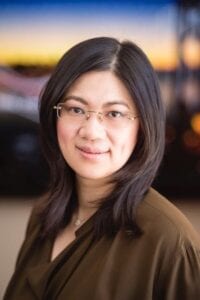 Tina Tsou is an innovator and a visionary with far-reaching accomplishments within the technical engineering realm. As Arm’s Enterprise Architect, Tina serves in the highly visible Technical Lead role for the Enterprise Open Source Enablement team, where she analyzes, designs, and implements robust strategies to establish first tier status for Arm’s architecture within open source communities and projects. Tina also serves as Arm’s Edge Computing Team Lead. As the company’s open source thought leader, she builds powerful partnerships with and influences open source communities in support of multiple architectures.

She earned her Bachelor of Computer Science degree from Xi’an University of Architecture and Technologies. Tina was the first woman to chair an Internet Engineering Task Force (IETF) working group from a Chinese business enterprise and was the youngest Asian rapporteur in ITU Telecommunication Standardization Sector (ITU-T) history. She previously served as Chair of the Akraino Technical Steering Committee. 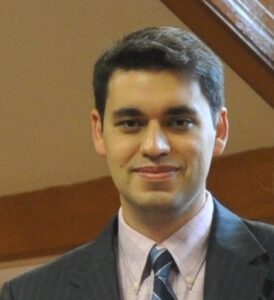 Hakan currently serves as a Product Strategy and Operations Manager at IBM’s Edge Computing and SDN business unit. His focus areas are Edge computing, Hybrid Multi-Cloud Networking and applying AI/ML to multi-cloud operations. He works closely with IBM technical leadership on the Open Horizon project of LF Edge. Previously, he was a lead consultant at IBM Corporate Strategy team.

As a reminder, the Governing Board is made up of members across the project, including one rep from each Premier member; elected General member representatives; and one rep from the Technical Advisory Council. Primary responsibilities include overall management of LF Edge, including budget creation and approvals, oversight of community outreach matters, approval of technical projects, establishment of end-user advisory councils, and more.

For a list of current LF Edge Board members, please visit: https://www.lfedge.org/governance/governing-board/