Re-posted with permission from section.io 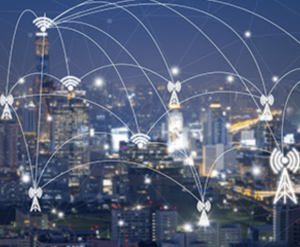 Cooperation among telco providers has been ramping up over the last decade in order to catalyze innovation in the networking industry. A variety of working groups have formed and in doing so, have successfully delivered a host of platforms and solutions that leverage open source software, merchant silicon, and disaggregation, thereby offering a disruptive value proposition to service providers. The open source work being developed by these consortiums is fundamental in accelerating the development of 5G and edge computing.

Working groups in the telco space include:

The Linux Foundation hosts over twenty open source networking projects in order to “support the momentum of this important sector”, helping service providers and enterprises “redefine how they create their networks and deliver a new generation of services”. Projects supported by Open Source Networking include the Akraino  (working towards the creation of an open source software stack that supports high-availability cloud services built for edge computing systems and applications), FRRouting (an IP routing protocol suite developed for Linux and Unix platforms, which include protocol daemons for BGP, IS-/S and OSF) and the IO Visor Project (which aims to help enable developers in the creation, innovation and sharing of IO and networking functions). The ten largest networking vendors worldwide are active members of the Linux Foundation.

LFN focuses on seven of the top Linux Foundation networking projects with the goal of increasing “harmonization across platforms, communities, and ecosystems”. The Foundation does so by helping facilitate collaboration and high-quality operational performance across open networking projects. The seven projects, all open to participation – pending acceptance by each group, are:

One of the most significant LFN projects is the Open Network Automation Platform (ONAP). 50 of the world’s largest tech providers, network and cloud operators make up ONAP, together representing more than 70% of worldwide mobile subscribers. The goal of the open source software platform is to help facilitate the orchestration and management of large-scale network workloads and services based on Software Defined Networking (SDN) and Network Functions Virtualization (NFN).

The Open Networking Foundation is an independent operator-led consortium, which hosts a variety of projects with its central goal being “to catalyze a transformation of the networking industry” via the promotion of networking through SDN and standardizing the OpenFlow protocol and related tech. Its hosted projects focus on white box economics, network disaggregation, and open source software. ONF recently expanded its reach to include an ecosystem focus on the adoption and deployment of disruptive technologies. The ONF works closely with over 150 member companies; its Board includes members of AT&T, China Unicom, and Google. It merged with the ON.Lab in 2016. The group has released open source components and integrated platforms built from those components, and is working with providers on field trials of these technologies and platforms. Guru Parulkar, Executive Director of ONF, gave a really great overview of the entire ONF suite during his keynote at the Open Networking Summit.

One of the most notable projects coming out of ONF is the Open Mobile Evolved Core (OMEC). OMEC is the first open source Evolved Packet Core (EPC) that has a full range of features, and is scalable and capable of high performance. The EPC connects mobile subscribers to the infrastructure of a specific carrier and the Internet.

Major service providers, such as AT&T, SK Telecom, and Verizon, have already shown support for CORD (Central Office Re-architected as a Datacenter) which combines NFV, SDN, and the elasticity of commodity clouds to bring datacenter economics and cloud agility to the Telco Central Office. This allows the operator to manage their Central Offices using declarative modeling languages for agile, real-time configuration of new customer services. OMEC has been specifically developed to cope with the “ensuing onslaught of devices coming online as part of the move to 5G and IoT”. It can be used either as a stand-alone EPC or via the COMAC platform.

A Shift Toward Container Network Functions

Network functions virtualization (NFV) has been an important factor in enabling the move towards a 5G future by helping to virtualize the network’s different appliances, including firewalls, load balancers, and routers. Specifically, it looks to enable network slicing, allowing multiple virtual networks to be created atop a shared physical infrastructure, empowering numerous use cases and new services. NFV has also been seen as important in the enabling of the distributed cloud, aiding in the creation of programmable, flexible networks for 5G.

Over the last couple of years, however, there has been a shift towards cloud-native network functions (CNF) and containerization as a lighter-weight alternative to NFV software. This follows a decision made by ONAP and Kubernetes working groups within The Linux Foundation to work together on a CNF architecture.

According to a report in Container Journal, “Arpit Joshipura, general manager for networking at The Linux Foundation, says that while telecommunications providers have been making extensive investments in NFV software based on virtual machines, it’s become apparent to many that containers offer a lighter-weight approach to virtualizing network services.”

Joshipura says CNFs offer greater portability and scalability and many organizations are beginning to load VNFs in Docker containers or deploy them using Kubernetes technologies like KubeVirt to make them more portable.

This has gone even further recently, according to ONF, with telecom operators increasingly adopting cloud-native solutions in their data centers and moving their operations away from traditional Central Office (CO). In a recent blog post, ONF says, “3GPP standardized 5G core will be cloud-native at start, which means telcos should be able to run and operate Containerized Network Functions (CNF) in their CO in the near future.” At a recent ONOS/CORD/K8s tech seminar in Seoul, eight telcos, vendors and research institutions demonstrated this in action, sharing stories about their containerization journeys.

News out of AT&T in February has led to industry speculation that Kubernetes is now set to become the de facto operating system for 5G. The carrier said it would be working in conjunction with open source infrastructure developer Mirantis on Kubernetes-controlled infrastructure to underlie its 5G network.

In an interview with Telecompetitor, Mirantis Co-Founder and Chief Marketing Officer Boris Renski said he believes that other carriers will adopt a similar approach as they deploy 5G, and described Kubernetes as the next logical step following cloud computing and virtual machines. As large companies like Google need to run their applications such as its search engine over multiple servers, Kubernetes enables just that.

Renski said that Kubernetes is becoming the go-to standard for telco companies looking to implement mobile packet core and functionality like VNFs because it is open source. A further key appeal of Kubernetes and containerization is that it offers the potential for a flexible, affordable and streamlined backend, essential factors to ensuring scalable and deployable 5G economics.

There are still a number of areas to be worked out as the shift to Kubernetes happens, as pointed out by AvidThink’s Roy Chua in Fierce Wireless recently. Network functions will need to be rethought to fit the architecture of microservices, for instance, and vendors will have to explore complex questions, such as how to best deploy microservices with a Kubernetes scheduler to enable orchestration and auto-scaling of a range of services.

Nonetheless, the significant amounts of cooperation between telcos is indeed helping accelerate the move towards 5G and edge computing. The meeting point of cloud and access technologies at the access-edge offers plenty of opportunities for developers to innovate in the space. The softwarization and virtualization of the access network democratizes who can gain access – anyone from smart cities to manufacturing plants to rural communities. Simply by establishing an access-edge cloud and connecting it to the public Internet, the access-edge can open up new environments, and in doing so enable a whole new wave of innovation from cutting-edge developers.

There are several reasons to be hopeful about the movement towards this democratization: first, there is demand for 5G and edge computing – enterprises in the warehouse, factory, and automotive space, for instance, increasingly want to use private 5G networks for physical automation use cases; secondly, as we have looked at here, the open-sourcing of hardware and software for the access network offers the same value to anyone and is a key enabler of 5G and edge computing for the telcos, cable and cloud companies; finally, spectrum is becoming increasingly available with countries worldwide starting to make unlicensed or gently licensed spectrum for 5G deployments available. The U.S. and Germany are leading the way.