How Do We Prevent Breaches Like Verkada, Mirai, Stuxnet, and Beyond? It Starts with Zero Trust.

By Jason Shepherd, LF Edge Governing Board Chair and VP of Ecosystem at ZEDEDA 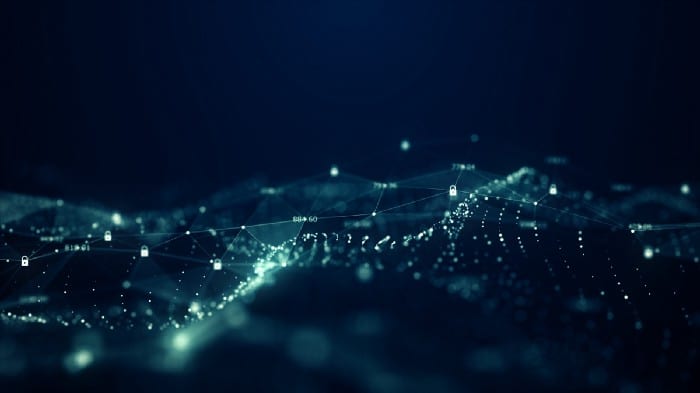 News of the Verkada hack that breached 150,000 surveillance cameras sent shockwaves through the security world last week. For those of us in the edge computing industry, it simply underscored what we already knew — securing distributed devices is hard. As intelligent systems increasingly expand into the field, we’ll see more and more attacks of this sort if we continue to leverage the same security stance and tools that we’ve used for decades within perimetered locations like data centers and secure telecommunication facilities.

In this article, I will go through a few of the widely-cited edge breaches in the industry and highlight how a zero trust security model optimized for the unique challenges of the edge, such as employed by ZEDEDA, would have helped prevent them from happening.

In a hack reminiscent of Verkada, the 2016 Mirai virus infected millions of cameras and turned them into bots that together launched a massive DDOS attack on upstream networks, briefly taking down the internet in the Northeastern US. Something on the order of under twenty combinations of username and password got into all those cameras, because the developers made it too easy to change, or not even possible to change, these security credentials. Often this was due to prioritizing usability and instant gratification for users over security.

Another commonly-cited example is the massive Target data breach in 2014 that was a result of attackers accessing millions of customers’ credit card information by way of a networked HVAC system. The hackers stole credentials from a HVAC contractor and were able to access the payment system because the operations network the HVAC was on wasn’t properly segmented from the IT network.

In a final example, the 2010 Stuxnet breach involved malware that was loaded into process control systems by using a USB flash drive to bypass the network air gap. The worm then propagated across the internal process control network, scanning for Siemens S7 software on industrial PCs. When successful, the virus would send unexpected commands to PLCs controlling industrial processes while giving the operators a view of normal operation.

Viruses like Stuxnet that focus on compromising industrial systems are especially concerning because attacks can lead to immediate loss of production, or worse life. This is compared to breaches of IT systems which typically play out over long periods of time, with compromises to privacy, financial data and IP.

With these examples in mind, what is unique about the proverbial edge that makes security such a challenge?

The Verkada hack and its predecessors make it clear that edge computing requires a zero trust architecture that addresses the unique security requirements of the edge. Zero trust begins with a basic tenant — trust no one and verify everything.

At ZEDEDA, we have built an industry-leading zero trust security model into our orchestration solution for distributed edge computing. This robust security architecture is manifested in our easy-to-use, cloud-based UI and is rooted in the open source EVE-OS which is purpose-built for secure edge computing.

ZEDEDA contributed EVE-OS to form Project EVE in 2019 as a founding member of the Linux Foundation’s LF Edge organization, with the goal of delivering an open source, vendor-agnostic and standardized foundation for hosting distributed edge computing workloads. EVE-OS is a lightweight, secure, open, universal and Linux-based distributed edge operating system with open, vendor-neutral APIs for remote lifecycle management. The solution can run on any hardware (e.g., x86, Arm, GPU) and leverages different hypervisors and container runtimes to ensure policy-based isolation between applications, host hardware, and networks. The Project EVE community is now over 60 unique developers, with more than half not being affiliated with ZEDEDA.

Let’s take a look at the individual components of the EVE-OS zero trust security framework.

Ounce of Prevention > Pound of Cure

Returning to the above examples of security breaches, what would the impact of these attacks have looked like if the systems were running on top of EVE-OS? In short, there would have been multiple opportunities for the breaches to be prevented, or at least discovered and mitigated immediately.

We’re in this Together

The diverse technologies and expertise required to deploy and maintain edge computing solutions can make security especially daunting. The shared technology investment of developing EVE-OS through vendor-neutral open source collaboration is important because it provides a high level of transparency and creates an open anchor point around which to build an ecosystem of hardware, software and services experts. The open, vendor neutral API within EVE-OS prevents lock-in and enables anyone to build their own controller. In this regard, you can think of EVE-OS as the “Android of the Edge”.

ZEDEDA’s open edge ecosystem is unified by EVE-OS and enables users with choice of hardware and applications for data management and analytics, in addition to partner applications for additional security tools such as SD-WAN, virtual firewalls and protocol-specific threat detection. These additional tools augment the zero trust security features within EVE-OS and are easily deployed on edge nodes through our built-in app marketplace based on need.

Finally, in the process of addressing all potential threat vectors, it’s important to not make security procedures so cumbersome that users try to bypass key protections, or refuse to use the connected solution at all. Security usability is especially critical in IoT and edge computing due to the highly diverse skill sets in the field. In one example, while developers of the many smart cameras that have been hacked in the field made it easy for users to bypass the password change for instant gratification, EVE-OS provides similar zero touch usability without security compromise by automating the creation of a silicon-based digital ID during onboarding.

Our solution is architected to streamline usability throughout the lifecycle of deploying and orchestrating distributed edge computing solutions so users have the confidence to connect and can focus on their business. While the attack surface for the massive 2020 SolarWinds hack was the centralized IT data center vs. the edge, it’s a clear example of the importance of having an open, transparent foundation that enables you to understand how a complex supply chain is accessing your network.

At ZEDEDA, we believe that security at the distributed edge begins with a zero-trust foundation, a high degree of usability, and open collaboration. We are working with the industry to take the guesswork out so customers can securely orchestrate their edge computing deployments with choice of hardware, applications, and clouds, with limited IT knowledge required. Our goal is to enable users to adopt distributed edge computing to drive new experiences and improve business outcomes, without taking on unnecessary risk.

To learn more about our comprehensive, zero-trust approach, download ZEDEDA’s security white paper. And to continue the conversation, join us on LinkedIn.