I read a very interesting article recently in Forbes on the Future of Industrial IoT Gateways. The thrust of the piece is that IoT gateways play a key role as the main integration point between the OT and IT worlds in an industrial IoT system. They provide important functions such as protocol translation for the myriad of industrial protocols that users often have to deal with, enable edge processing for latency sensitive applications and provide a secure firewall between the open internet and possible vulnerable devices/sensors. 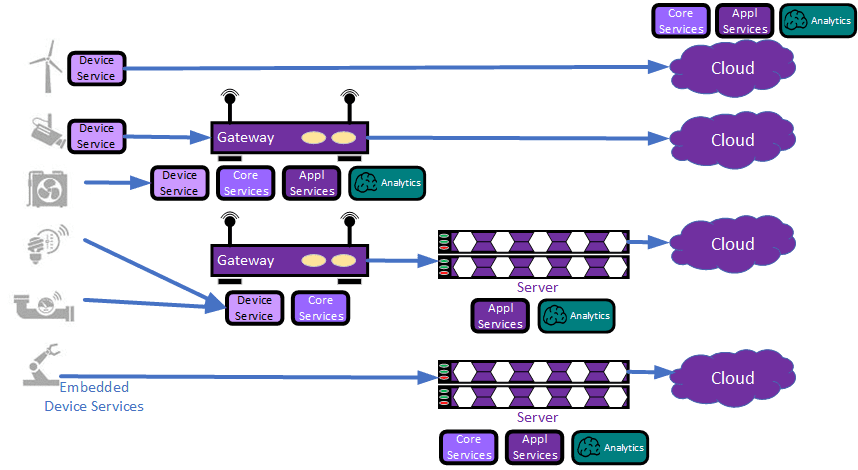 However, unlike more general IT environments, the problem with IoT gateways is that they typically require a lot of customization and bespoke software configuration to support each specific use case, and this is slowing down IoT adoption.

The article identifies the solution to the problem as being the need for service-oriented gateway frameworks in the form of plug and play microservices that are not tied to any specific hardware or operating system. The key benefit is that these gateways can be delivered with very little customization and it’s much easier for the platform to be configured using IT native techniques (e.g. docker, Kubernetes), or new microservices (e.g. to support a new device protocol) written in cloud friendly languages instead on having a heavy reliance on specialized embedded development skills. It also facilitates an ecosystem of reusable components, many of which are open source but also encourages a thriving commercial marketplace for new microservices.

In particular, it was great to see that alongside ARM’s Pelion open source initiative, the Linux Foundation’s EdgeX Foundry is highlighted. EdgeX is an open-source, vendor-neutral, project hosted by the Linux Foundation under the LF Edge umbrella focused on the development of a service-oriented edge software framework that is being adopted by a number of the major the gateway vendors. The project was established in 2017 and 6 releases later with over seven million downloads, adoption is still growing fast.

In fact, EdgeX is already incorporated into a number IoT gateway products from Accenture, HP, Jiangxing, ThunderSoft, TIBCO and Home Edge (another LF Edge project). Dell also provides IoT solutions with EdgeX for Dell gateway hardware. My company IOTech develops a commercial implementation of EdgeX called Edge Xpert that is used on some of the gateways mentioned including the Dell 3000 and 5000 series ruggedized Industrial IoT gateways.

Check out the article here.  For additional information on EdgeX, visit the new EdgeX Foundry website.