Over the Edge Podcast with LF Edge Members

By Maemalynn MeanorDecember 30, 2020No Comments 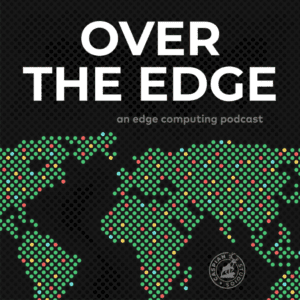 Edge computing represents a long-term transformation of the Internet that could take decades to fully materialize. On the Over the Edge podcast, Ian Faison and LF Edge member Matt Trifiro interview corporate leaders, open-source experts, technologists, journalists, analysts, and innovators pushing the boundaries of edge. Since launch earlier this year, the podcast has featured several LF Edge members and contributors who are changing the landscape. As we look back at 2020, here’s a podcast roundup of what these leaders had to say about edge computing.

Edge computing is an inflection point – Matt Trifiro, CMO of Vapor IO and Chair of State of the Edge

Bringing the world of software into the world of physical networks – Jacob Smith, Co-Founder of Packet and Chair of State of the Edge

How open source is expanding the horizon for IoT and edge – Malini Bhandaru, IoT Open Source Lead at VMware and Co-Chair of the EdgeX Foundry Security Working Group

Open source collaboration is the only way to scale – Jason Shepherd, VP of Ecosystem at ZEDEDA and LF Edge Governing Board member and one of the leaders of Project EVE

A 30,000-foot view of edge – Gavin Whitechurch, Co-Founder of Edge Computing World/COO of Topio Networks and State of the Edge contributor

How standards drive adoption and enable the intelligent edge – Alex Reznik, Distinguished Technologist at HPE and Chair of ETSI MEC and Akraino contributor

Building the easy button for edge – Cole Crawford, CEO and Founder of Vapor IO and one of the leaders of State of the Edge

The future of IoT deployment at the edge – Sarah Beaudoin, Head of Customer Advocacy at ZEDEDA and Project EVE contributor

The cloud that will power and scale the new internet – Mahdi Yahya, CEO and Founder of Ori Industries and Akraino contributor

Additional podcast episodes can be found here. If you want to be featured in the Over the Edge podcast, let us know!