It’s the holiday season upon us in the US.  On behalf of the EdgeX Foundry community, I’d like to wish you and yours a very warm, blessed and peaceful holiday season.

This time of year is special to me because it usually means some peace after a some long hard release cycle.  The EdgeX community is working on EdgeX 1.3 – the Hanoi Release. It is a minor (dot) release and backward compatible with Edinburgh (1.0), Fuji (1.1) and Geneva (1.2) along with any patch release of these.  For more details on the Hanoi release, stay tuned for my release blog in a few weeks.

In addition to the release, we also completed our semi-annual release planning sessions this past week in order to get ready for our next release for the spring of 2021.  The next EdgeX Foundry release is called Ireland.

Up until this year, the planning meetings were held in-person at a venue hosted by one of our sponsoring companies.  We called the events our “face-to-face” meetings because it was the only time that the contributors and members of our global development community had a chance to meet in person.  This year, due to the pandemic, our planning sessions have had to be held “virtually.”  Somewhat paradoxically, this had led members of the community to refer to these on-line meetings now as “virtual face-to-face” meetings.  Leave it to a group of bright, energetic engineers to shake off the negative and embrace the new normal. Here we are, all online together. 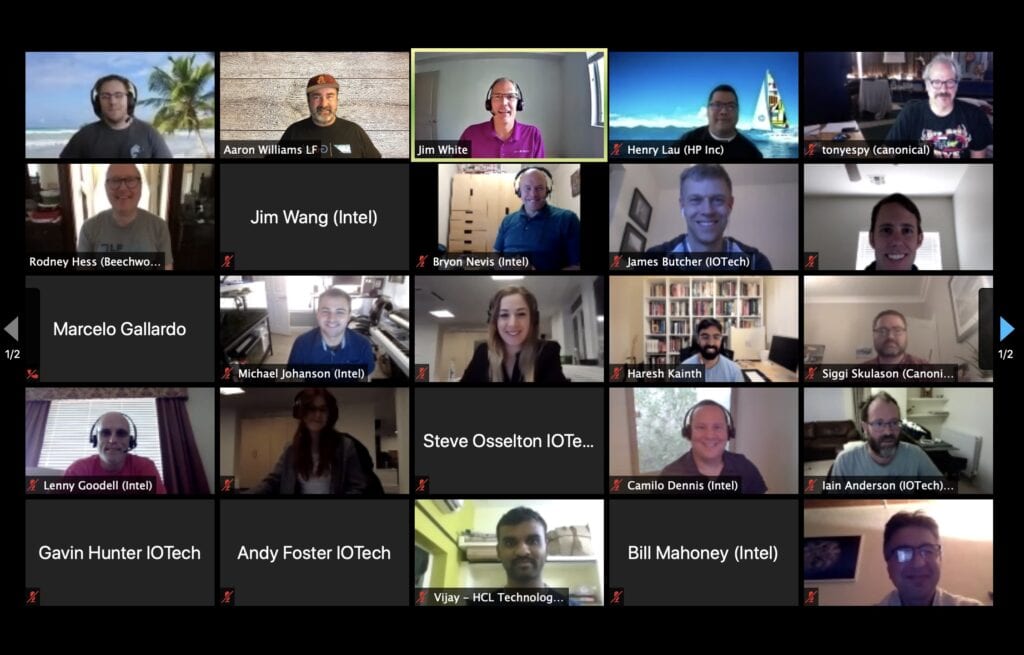 In five, half-day meetings, we assembled our technical steering committee, development teams, and EdgeX adopters/users to scope the features, technical debt, and architectural direction of the next release and general roadmap of EdgeX. 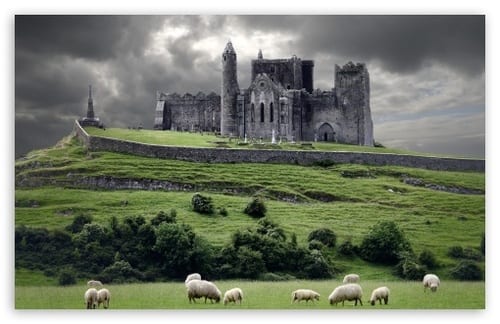 We follow an alphabetical naming sequence in our releases and select members of our community that have contributed significantly to the project to help with the naming process.  This release was named by Intel’s Lenny Goodell and Mike Johnanson who have contributed immensely to the project, both in leadership and code contributions, over the past few years.  Each release is named after some geographical place on the earth (city, state, country, mountain, etc.).

During our planning meetings, the general themes, objectives and overall direction of the next release are the first thing we decide.  Ireland will be EdgeX 2.0 – our project’s second major release.

As a major release, the Ireland release will include non-backward compatible features and APIs.  This is, in large part, due to the fact that we began work in the spring of 2020 to implement a new and improved set of EdgeX micro service APIs.  We call this new collection of APIs for each of the EdgeX micro services the V2 APIs (the V1 APIs are currently in place).

The existing EdgeX APIs have been in place since its very first release in 2017. The V2 APIs will remove a lot of early EdgeX technical debt and provide a better informational exchange. While we began the implementation this past spring, it will take the community until the spring release to complete the V2 APIs.  The new APIs will also allow for many new, future release features. For one, the request and response object models in the new APIs are richer and better organized.  The models will better support communications via alternate protocols in the future.  The V1 APIs will also be removed from the EdgeX micro services.

In addition to the new V2 APIs, what is going to be in this major release?  This list is long and I encourage those with a need for all the details to have a look at our documentation on our Wiki site, but here are some of the major new features:

In addition to scoping and planning for new features to the platform for the Ireland release, the community also decided to address additional needs of our user community in this release.

Jakarta Release and Beyond

During these semi-annual planning meetings, the focus is squarely on the next release.  However, we also take the time to take stock of the project as a whole and look into the future and roadmap where the project is heading a year or more into the future.

At this time, the community is forecasting that the Jakarta release – scheduled for around the fall of 2021 – will be a “stability release.”  Meaning, Jakarta will probably not include any large enhancements.  Its purpose will be to provide a release that addresses any issues discovered in the EdgeX 2.0 release of Ireland. We also hope that Jakarta will be our first ever Long-Term-Support (LTS) release.  And with an LTS release, we hope to begin the implementation of an EdgeX certification program.

The EdgeX LTS policy has already been established and we have indicated to the world that once we have an LTS release, we plan to support that release (with bug fixes, security patches, documentation and artifact updates) for 2.5 years.  That is a significant commitment on the part of our open source community and the stability release will help us achieve that goal.

The certification program is one we have envisioned for a number of years.  The idea is that we eventually want to get to a point where a 3rd party could create and provide a replacement EdgeX service and the community would help test and validate that the service adheres to the APIs and criteria for that service and thereby is a suitable replacement in an EdgeX deployment.  In order to deliver the certification program, the community feels we need to get to the stability that an LTS release provides with the product.

It’s been a heck of a year.  Despite the significant global pandemic and economic challenges, the EdgeX community did not miss a beat and managed to complete its goals for the year (2 more successful releases).  And with our fruitful planning meeting, despite it being held on-line, the community has plotted a path for an even more successful 2021 that will start with the delivery of EdgeX 2.0 in the spring.

As always, I want to thank the members of the community for their outstanding efforts and talents, patience and commitment and professionalism.  You could not find a group of people that are more fun to work with.  Here is wishing that in 2021, we can resume actual “face to face” meetings.  Happy holidays and a happy new year to everyone.

To learn more about the EdgeX Foundry releases and roadmap, visit https://www.edgexfoundry.org/software/releases/.