Skip to main content
Close Search
AwardsBlogState of the Edge

Written by Candice Digby, Partner and Events Manager at Vapor IO, a LF Edge member and active leader in the State of the Edge Project

As 2020 continues to surprise the world with new changes and challenges, the need for diversified leadership and tech innovation has never been more clear. In an effort to help promote and encourage progress in the edge industry, The LF Edge’s State of the Edge and Edge Computing World present the second annual Edge Woman of the Year Award.

The award recognizes leaders who have been impacting their organization’s strategy, technology or communications around edge computing, edge software, edge infrastructure or edge systems. The organizers encourage industry participants to nominate their colleagues, or for qualified women to nominate themselves. The “Top Ten Women in Edge” finalists will be selected by the organizers and the final winner will be chosen by a panel of industry judges. Finalists will be announced at Edge Computing World, being held virtually October 12-15, 2020. The Edge Woman of the Year will be announced on October 12th during the keynote session. 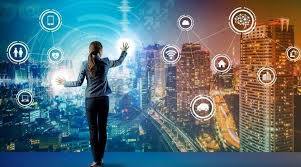 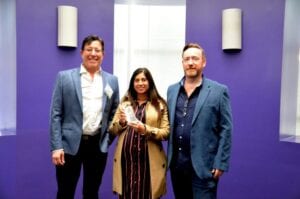 The Edge Woman of the Year 2019 award recognized Papaioannou for her outstanding impact on the edge computing industry and her multidimensional technology leadership, including venture capital, edge cloud computing, and open source projects. Now, she’ll join the impressive list of women choosing this year’s winner.

“It was an honor to acknowledge an exceptionally strong group of nominees last year, and we look forward to again recognizing those iterating on the edge computing technology in exceptionally creative ways this year,” said Gavin Whitechurch of Topio Networks and Edge Computing World. “It is imperative we take note of and acknowledge our colleagues leading the edge computing revolution, and we look forward to doing that with this year’s Edge Woman of the Year award.”

For more information on the Woman in Edge Award or to nominate someone, please visit http://www.edgecomputingworld.com/edgewomanoftheyear.

About State of the Edge

Edge Computing World is the only event that brings together users and developers with the entire edge ecosystem to accelerate the edge market & build the next generation of the internet. For 2020 the virtual event focuses on expanding the market, with new features including the Free-to-Attend Edge Developers Conference & the Free-to-End Users Edge Executive Conference.