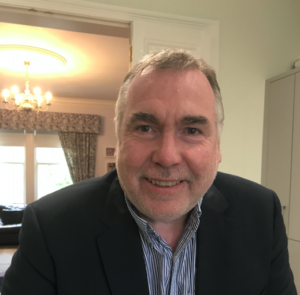 After 3 years, I step down as the chair of the EdgeX Foundry Technical Steering Committee later this month. When I took on the role, I believed Open Software Platforms were fundamental to the success of edge computing and supported that view by backing EdgeX Foundry and starting IOTech. Today, with more than 6 million downloads, and many customer deployments later, both EdgeX and IOTech are strong. As we enter the next phase, here are my reflections and thoughts about where we go next…

EdgeX Foundry was launched at Hannover Messe in April 2017 as an open source project hosted by The Linux Foundation. With this as a backdrop, we held our first project meeting in Boston in June 2017 and companies were invited to participate in creating EdgeX as an industrial IoT global edge software platform standard.

There were about 60 of us who showed up in person from all around the world, and even more joined by phone. We set our vision at this meeting and formed the EdgeX Technical Steering Committee to deliver that vision.

For the first 2 years, the team set about turning what was effectively a platform demonstrator project into a deployable product, including a complete rewrite of the code from Java into GO and C to reduce footprint and improve latency, critical requirements for edge-based systems. This culminated in the Edinburgh release in June 2019, when we announced to the world, we were satisfied the quality was sufficient to support deployed systems. Up to that point we had promoted EdgeX for use for pilot only implementations. 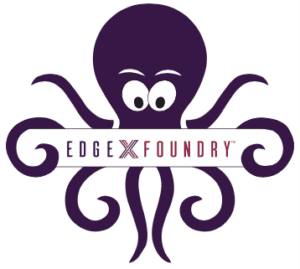 There are several fundamental technical and business tenets we set out so solve with EdgeX Foundry:

Open vs. Proprietary – The idea behind EdgeX is to maximize choice so users do not have to lock themselves into proprietary technologies that, by design, limit choice. Given the implicit heterogeneity at the edge, ‘open’ at a minimum means the EdgeX platform must be silicon, hardware, operating system, software application and cloud agnostic.

Secure, Pluggable and Extensible Software Architecture – To offer choice and flexibility to our users the EdgeX team chose a modern, distributed, microservices based software architecture, which we believe supports the inherent complexities at the edge.

Edge Software Application ‘Plug and Play’ – EdgeX provides a standard open framework around which an ecosystem can emerge. It facilitates interoperable plug-and-play software applications and value add services providing users with real choice, rather than having to deal with siloed applications, which may potentially require huge system integration efforts to deliver and end to end IoT Edge solution.

The EdgeX project decided to leave it to the ecosystem to address Time-Critical edge systems, which require ultra-low footprint, microsecond performance and even hard real time predictability.  IOTech, like many other EdgeX Foundry contributors, has created a commercial solution for EdgeX Foundry – called Edge XRT. It is important real-time requirements are understood in full, as decisions taken can significantly impact success or failure of edge projects.

Connectivity and Interoperability- A major difference between the edge and cloud is inherent heterogeneity and complexity at the edge.  The edge is where the IT computer meets the OT ‘thing’ and there is a multitude of ‘connectivity’ protocols at or close to real time. EdgeX provides reference implementations of some key protocols along with SDKs to readily allow users to add new protocols. The commercial ecosystem also provides many additional connectors, making connectivity a configuration versus a programming task. Likewise, Northbound there are multiple cloud and other IT endpoints and EdgeX provides flexible connectivity to and from these different environments. EdgeX is cloud agnostic coming with many standard integrations.

Equally as important as the technical deliverables for an open source project is the ecosystem of companies which support it. The EdgeX ecosystem was greatly enhanced in January 2019 when EdgeX Foundry became one of five founding projects in LF Edge, an umbrella organization created by The Linux Foundation that “aims to establish an open, interoperable framework for edge computing independent of hardware, silicon, cloud, or operating system.” LF Edge’s objective is to bring together complementary open source edge technologies.

As one of the Stage 3 projects under LF Edge, EdgeX Foundry momentum increased with additional global collaboration. The increased amplification and support across LF Edge projects, community and members has helped turn EdgeX into a high velocity project.

EdgeX is a framework around which a global ecosystem of vendors can emerge to offer complementary edge products and services including commercial support, training and customer pilot programs, which add value to the baseline product.

Here are a few examples:

A great example of how companies deliver solutions around EdgeX is Intel’s Open Retail Initiative (ORI), a collaborative effort led by Intel and top technology companies. The goal of ORI is to accelerate the scalable deployment of data-rich solutions optimized for in-store retail, from the edge to the cloud. ORI leverages EdgeX, alongside vendor proprietary solutions, to deliver use cases based on ecosystem components (or “ingredients”) having a common, open framework EdgeX, which enables an ecosystem of interchangeable components and accessible data—a future-ready platform for innovation. Members of the ORI community include some of the industry’s leading device makers, independent software vendors, system integrators, and consultants.

In another application, one of the world’s leading energy infrastructure operators collaborated with a Global SI on several Industrial IoT projects aimed at digitalizing its main assets and energy distribution processes.

The SI helped the customer to implement a real-time monitoring system for several gas compression and storage injection stations, using the EdgeX platform for data collection and aggregation, and the at-the-edge calculation of relevant performance metrics.

This application provides the customer with a real-time overview of station operational conditions, and an historical view of data trends to more deeply understand the critical information needed by future analytics to improve Operational & Management activities

Accenture, the world’s largest Systems Integrator has based the Edge offering for its Applied Intelligence Platform+ (AIP+) on EdgeX. AIP+ is marketed globally, and includes a collection of modular, pre-integrated AI services and capabilities to accelerate and scale new outcomes. The AIP+ Edge Agent includes tools and software to support the deployment and management of machine-learning and analytics-based intelligence on devices.

Accenture was particularly attracted by the EdgeX open ecosystem: open-source and container-based pedigree, no lock-in (cloud/ chipset/ OS agnostic), and the potential of strategic partnerships to complement Accenture’s AIP+ focus.

IOTech’s Contribution to the Ecosystem

In each of the above situations the participating companies all benefited from the choice, flexibility, and the collaboration EdgeX enables at the IoT edge. All of the above examples also exploited IOTech’s contributions to the EdgeX ecosystem using our hardened, extended and fully supported licensed version of EdgeX, Edge Xpert.

As mentioned earlier IOTech is also delivering a time critical version of the platform named XRT, and an extensive range of industrial grade north and southbound connectors.

The scale, complexity, and variability of systems at the edge means the management of edge-based systems can be challenging. Today’s enterprise management and deployment systems work very well in enterprise / cloud environments but are not well suited to edge deployments.  Resource constraints, intermittent connectivity of the edge, and the large variety of OT protocols are just some of the issues that present additional challenges to managing and deploying edge solutions. Also, local security constraints may mean that access to and from the cloud is severely curtailed or not permitted, so cloud-based management will not be possible.

The project has 170 code contributors. EdgeX Foundry just completed its sixth release (Geneva), and in just twelve months since the first official ‘ready for primetime’ V1 release back in June 2019, has achieved millions of container downloads world-wide.

The EdgeX Foundry project goes is strong with huge momentum behind its V1 Release.  We are now moving forward with EdgeX 2.0, which will see increased focus on outreach, including greater attention given to EdgeX users as well as developers.  Indeed, this is where I will be concentrating my efforts going forward after stepping down as TSC Chair in June.

I am very proud of what the team has collectively achieved with EdgeX in 3 years from our first meeting in Boston. We have taken EdgeX from a Dell CTO led project to be the premier open edge software platform across the world.

From a personal standpoint, I would offer these key observations and takeaways as to why EdgeX has been successful:

Most importantly, EdgeX Foundry has been a great team effort and a lot of fun! I am very much looking forward to the next phase of success.

The full promise of IoT will be achieved when you combine the power of cloud and edge computing: delivering real value that allows businesses to analyze and act on their data with incredible agility and precision, giving them a critical advantage against their competitors.

The key challenges at the edge related to latency, network bandwidth, reliability, security, and OT heterogeneity cannot be addressed in cloud-only models – the edge needs its own answers.

EdgeX Foundry and the LF Edge ecosystem offer an answer, maximizing user choice and flexibility and enabling effective collaboration across multiple vertical markets at the edge helping to power the next wave of business transformation.