Traditionally, at our Spring Face to Face meeting, LF Edge’s EdgeX Foundry honors members of the community who have helped us over the last year.  Well, there is nothing traditional about 2020.  Our Face to Face, scheduled for the end of April in Limerick, Ireland became a virtual event.  Thus, like most of the world, we switched from meeting in person to having Zoom meetings at home, while trying to balance getting work done, keeping up with our kids schooling, and doing all of the other things of our lives without leaving the house. While the meeting was different, we stuck to tradition and honored our 3rd Annual EdgeX Awards  at a ceremony yesterday with EdgeX Foundry TSC Co-chairs Keith Steele and Jim White. 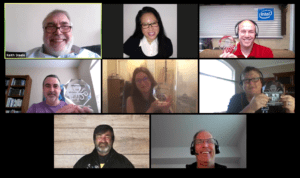 Congratulations to our winners Michael Estrin, James Gregg, Lisa Rashidi-Ranjbar and Bryon Nevis! Learn more about the awards and their dedication below.

Michael was nominated for his bootstrap code effort that reduced the duplication and maintenance efforts by using dependency injection.  He was also one of the main contributors of the V2 APIs. Not only did he tirelessly work on the code, but he also had one-on-one meetings with members of the community to get their buy in and made sure that security was always planned from the beginning

“My involvement with EdgeX Foundry was driven by my employer — Dell Technologies.  Dell provided the opportunity to fully immerse myself in the open source project — as a committer, the current System Management Working Group Chair, and a member of the project’s Technical Steering Committee.  I’ve enjoyed working on EdgeX and I appreciate the project’s public recognition of my contributions over the past year.” – Michael Estrin 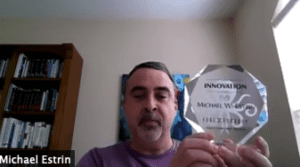 James was nominated for his leadership of the EdgeX DevOps community and worked tirelessly to improve our CI/CD pipes, stabilize our development and testing environments, and greatly improve our release processes and procedures.  He and his team added in Snyk integration, Nexus Cleanup, the introduction of GitHub Org Plugin, and basically improving all parts of our support tools.

“Thank you to the EdgeX Foundry open source community for the Innovation award.  I’m truly honored to receive it and congratulate the other recipients that won EdgeX Foundry awards in 2020. I would also like to recognize the talented Intel DevOps team that worked to transform the build automation and who all worked many hours to make it such a success.  Thanks to Ernesto Ojeda, Lisa Ranjbar, Emilio Reyes, and Bill Mahoney for their dedication and commitment.  My involvement has been largely in support of the Open Retail Initiative where Intel along with other top technology companies collaborate on open source initiatives that will accelerate iteration, flexibility and innovation at scale. This project exposes the contributors to many subject areas (IoT, microservice development, security) so there’s always an opportunity to participate in an area of interest.  Working within the EdgeX Foundry project is very rewarding and I’d encourage others to participate even if it’s the smallest contribution.” – James Gregg 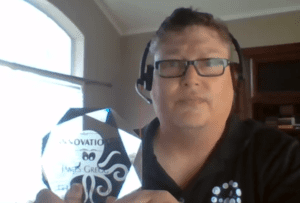 Contribution Awards: The Contribution Award recognizes individuals who have contributed leadership and helped EdgeX Foundry advance and continue momentum in the past year. This includes individuals who have led work groups, special projects, and/or contributed large amounts of code, bug fixes, marketing material, documentation, or otherwise significantly advanced the efforts of EdgeX with their drive and leadership.

Lisa was nominated for her work on improving EdgeX Foundry’s build process.  She transformed it so that today the build process uses modern Jenkins Pipelines.  This and the other build performance and optimizations greatly reduced the time to market for all of EdgeX’s microservices. This is the dev ops backbone that allows for continuous delivery and automated release of the EdgeX artifacts.  Plus, she worked with the developer training team to improve EdgeX’s formal education project.

“EdgeX Foundry is the first open source community I’ve been involved with and it’s been an awesome experience. The community is really active and welcomes contributions of all kinds to the project. My contributions are around transforming the continuous integration infrastructure and automating the release process. My motivation is to make the development of the project go more smoothly. I’ve always felt welcome and appreciated in the EdgeX community. That feeling of appreciation really goes a long way when you are solving software problems.” – Lisa Rashidi-Ranjbar 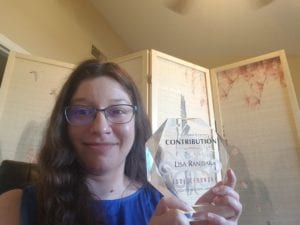 Bryon lent his extensive security experience and knowledge to EdgeX and vastly improved our security infrastructure.  Namely he developed a V2 API security implementation, which will be released in later releases and fixed many security issues.  The V2 API used an Issue Management Standard in which he worked with the community to make this a formal process and guidance.  Simply, EdgeX Foundry is much more security than it was before he started working for the community and because of his hard work and leadership in developing the processes, EdgeX’s security will continue to improve.

“I am a security architect and developer and have been involved with the EdgeX Security Working Group since Fall of 2018. Security touches everything.  Raising the IoT security bar is an industry-wide challenge that touches all parts of the hardware and software stack.  Adding security to an in-flight project such as EdgeX—without breaking anything—is especially hard and requires a sustained effort of small changes over a long period of time.  For me, the work transcends EdgeX: it is my opportunity to teach my fellow tradesmen (and tradeswomen) by example how to do security.” – Bryon Nevis 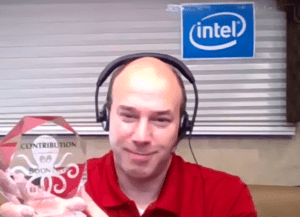 Michael, James, Lisa, and Bryon join our previous winners:  Andy Foster, Drasko Draskovic, Micael Johanson, Lenny Goodell, Tony Espy, Trevor Conn, and Cloud Tsai, in earning the heartfelt gratitude of the community.  EdgeX Foundry has had more than 100 contributors from dozens of companies working for our community.  This work has enabled EdgeX to continue to grow. In fact, EdgeX Foundry passed the 1 million total downloads in October 2019, and just 5 months later we have more than 6 million.

To learn more about EdgeX Foundry, visit our website or join our Slack to ask questions and engage with community members. If you are not already a member of our community, it is really easy to join.  Simply visit our wiki page and/or check out our Git Hub and help us get to the next 6 million and more downloads!