Skip to main content
Close Search
BlogState of the Edge

This blog originally ran on Mission.org as part of their IT Visionaries podcast that shares conversations with Fortune 1000 Tech Leaders. In this post, IT Visionaries talks with Matt Trifiro, co-chair of State of the Edge, LF Edge member and CMO at Vapor IO. To listen to the podcast, click here. 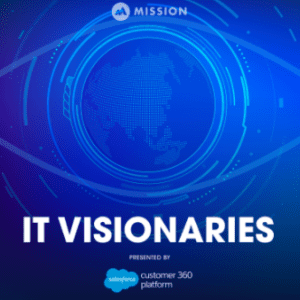 Do you know the current state of the edge? If you do, it’s most likely because of the work that Matthew Trifiro has done in recent years. Matthew is the CMO at Vapor IO and Co-Chair at State of the Edge  and on this episode of IT Visionaries, he tells us about how and why he wanted to create the State of the Edge report. Plus, he explains what is going on in the world of edge computing and what might come next.

Creating State of the Edge

Matt and one of his peers were looking for a way to cut through all the noise in the world of edge computing. There was so much going on with edge and people have always defined “edge” in different ways, so Matt wanted to bring experts together to come up with something everyone could agree on. Working with partners and funders, Matt and his team were able to create an unbiased report that many look to as the definitive authority on the true “state of the edge.”

“Edge is kind of in the eye of the beholder. Each person’s edge is different. But what was really important is that if you think of edge computing as an extension of the internet, the edge we really care about is the edge of the last mile network. And nobody was really talking about that.” 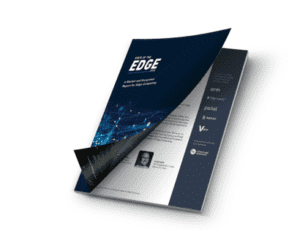 Challenges of creating the report

Originally, the goal was to put out a State of the Edge report every year, but it took 18 months between the first report’s publication and the second. The delay is to ensure that the information provided by Matt and everyone working on the report is properly vetted, and as accurate and useful as possible. And this is all being done by Matt and now just two employees, who all also have day jobs. This is a true passion project for those involved.

“We took a lot of time to have peers in the industry review and evaluate what we were putting out before we published it. And I think the quality report is super high because of that. But it also took a lot of time.”

What’s in the most recent report?

Matt says that this year’s report is twice as good as the first and one of the reasons is because in the report they answer a lot of the questions that people ask about edge all the time. Those questions include: how real is edge? What is being deployed? How much and where are things being deployed? By answering those questions, companies with an interest in investing capital in edge can make much more informed decisions. To answer those questions, Matt hired analysts and researchers who worked to come up with real data and models.

“The transformation in the edge industry is moving from people with frothy ideas slapping edge on some old product to make it seem cool to real practitioners deploying real dollars, putting capital to work to build the platforms on which this next generation of compute is going to be built. I’m fond of saying the internet is broken. …There are lots of applications we want to consume or bring about that simply cannot be done with the internet today. And we have to rearchitect it.”

“The real transformation is we are going to have billions and billions and billions of devices that aren’t being looked at by a human that are going to be transmitting data that needs to be analyzed and acted upon in near real-time. We’re moving from a world where the internet needs to function in ones of seconds to a world that it needs to function in tens of milliseconds, ones of milliseconds, and in some cases, microseconds. And that’s just a very different world. And it’s not a billion devices. It’s tens of billions and maybe trillions of devices. It’s a huge transformation.”

State of the Edge merged with LF Edge last month and is now an integral part of the ecosystem. To learn more about the project or join the mailing list, click here.

Exploration and Practices of Edge Computing

Exploration and Practices of Edge Computing