By Maemalynn MeanorApril 30, 2020No Comments 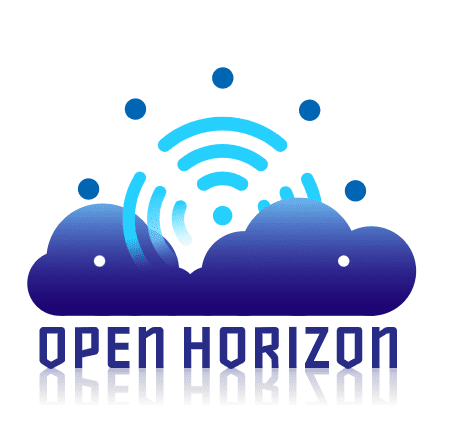 Open Horizon, an existing project contributed by IBM, is a platform for managing the service software lifecycle of containerized workloads and related machine learning assets. It enables autonomous management of applications deployed to distributed webscale fleets of edge computing nodes and devices without requiring on-premise administrators.

Edge computing brings computation and data storage closer to where data is created by people, places, and things. Open Horizon simplifies the job of getting the right applications and machine learning onto the right compute devices, and keeps those applications running and updated. It also enables the autonomous management of more than 10,000 edge devices simultaneously – that’s 20 times as many endpoints as in traditional solutions.

“LF Edge is bringing together some of the most significant open source efforts in the industry, said Todd Moore, IBM VP Open Technology, “We are excited to contribute the Open Horizon project as this will expand the work with the other projects and companies to create shared approaches, open standards, and common interfaces and APIs.”

Open Horizon joins LF Edge’s other projects including: Akraino Edge Stack, Baetyl,  EdgeX Foundry, Fledge, Home Edge, Project EVE and State of the Edge. These projects support emerging edge applications across areas such as non-traditional video and connected things that require lower latency, and  faster processing and mobility. By forming a software stack that brings the best of cloud, enterprise and telecom, LF Edge helps to unify a fragmented edge market around a common, open vision for the future of the industry.

Since its launch last year, LF Edge projects have met significant milestones including:

“LF Edge has become a critical point of collaboration for network and enterprise edge innovators in this new cloud-driven IT landscape,” said Kurt Schaubach, CTO, Federated Wireless. “We joined the LF Edge to apply our connectivity and spectrum expertise to helping define the State of the Edge, and are energized by the opportunity to contribute to the establishment of next generation edge compute for the myriad of low latency applications that will soon be part of private 5G networks.”

“ITRI is one of the world’s leading technology R&D institutions aiming to innovate a better future for society. Founded in 1973, ITRI has played a vital role in transforming Taiwan’s industries from labor-intensive into innovation-driven. We focus on the fields of Smart Living, Quality Health, and Sustainable Environment. Over the years, we also added a focus on 5G, AI, and Edge Computing related research and development. We joined LF Edge to leverage its leadership in these areas and to collaborate with the more than 75 member companies on projects like Akraino Edge Stack.”

“Kaloom is pleased to join LF Edge to collaborate with the community on developing open, cloud-native networking, management and orchestration for edge deployments” said Suresh Krishnan, chief technology officer, Kaloom.  “We are working on an unified edge solution in order to optimize the use of resources while meeting the exacting performance, space and energy efficiency needs that are posed by edge deployments. We look forward to contributing our expertise in this space and to collaborating with the other members in LF Edge in accelerating the adoption of open source software, hardware and standards that speed up innovation and reduce TCO.”

“At Ori, we are fundamentally changing how software interacts with the distributed hardware on mobile operator networks.” said Mahdi Yahya, Founder and CEO, Ori Industries. “We also know that developers can’t provision, deploy and run applications seamlessly on telco infrastructure. We’re looking forward to working closely with the LF Edge community and the wider open-source ecosystem this year, as we turn our attention to developers and opening up access to the distributed, telco edge.”

“Tensor Networks believes in and supports open source. Having an arena free from the risks of IP Infringement to collaborate and develop value which can be accessible to more people and organizations is essential to our efforts. Tensor runs its organization, and develops products on top of Linux.  The visions of LF Edge, where networks and latency are part of open software based service composition and delivery, align with our vision of open, fast, smart, secure, connected, and customer driven opportunities across all industry boundaries.” – Bill Walker, Chief Technology Officer.

“In our extensive work with industry leaders for NFVI/VIM test and benchmarking,  a need to standardize infrastructure KPIs in Edge computing has gradually become more important,” said Arif  Khan, Co-Founder of VoerEir AB. “This need has made it essential for us to join LF Edge and to initiate the new Feature Project “Kontour” under the Akraino umbrella. We are excited to collaborate with various industry leaders to define, standardize  and measure Edge KPIs.”