Skip to main content
Close Search
AnnouncementState of the Edge

By Maemalynn MeanorApril 8, 2020No Comments 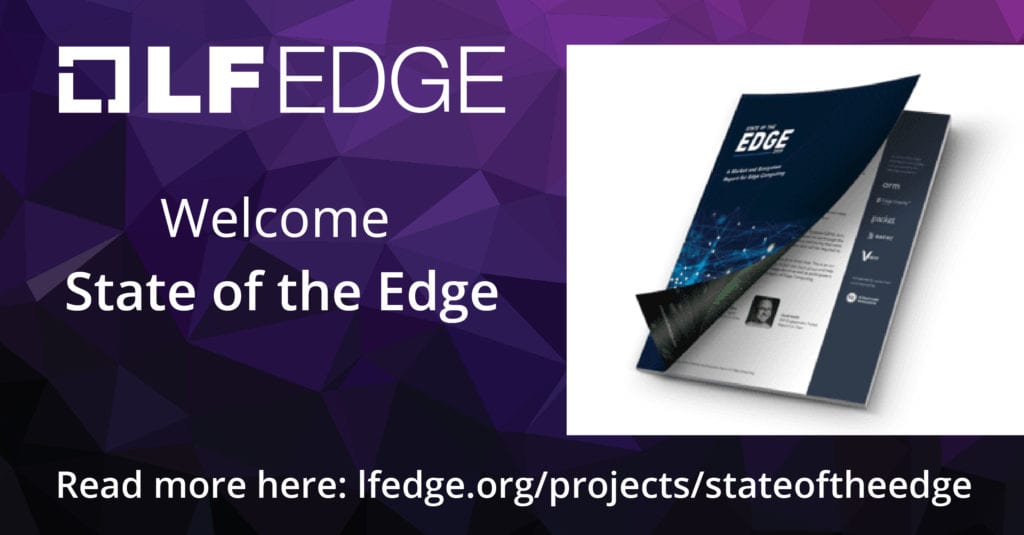 SAN FRANCISCO, CA – April 8, 2020 –  LF Edge, an umbrella organization under The Linux Foundation that aims to establish an open, interoperable framework for edge computing independent of hardware, silicon, cloud, or operating system, today announced that it has acquired State of the Edge, a vendor-neutral platform for open research on edge computing. The State of the Edge will merge with Open Glossary of Edge Computing and the combined project will assume the State of the Edge name as a Stage 2 project (growth) under LF Edge.

“We launched State of the Edge in 2018 as an effort to align and educate the market on what edge computing truly is, and what is needed to implement it,” said Trifiro. “Edge computing represents a long-term transformation of the Internet, and together this coalition has created a community-supported research model second to none. We’re thrilled to contribute this program to LF Edge, where we believe it can flourish even further.”

With its open governance model, LF Edge will continue to advance the State of the Edge under the project’s original mission, which has been to accelerate the edge computing industry by developing free, shareable research that can be used by all.

“As edge computing continues to evolve and expand, our goal with State of the Edge is to bring clarity and simplicity to the critical infrastructure required to support the future of edge computing,” said Arpit Joshipura, general manager, Networking, Edge, and IoT, the Linux Foundation. “The LF Edge projects span the continuum from cloud to device and, with the addition of State of the Edge, we’ll be able to bring our community and ecosystem closer to a more comprehensive edge stack, delivering shared innovation across technology sectors at the edge.”

The State of the Edge project will manage and produce the following assets under the LF Edge umbrella:

All State of the Edge projects will continue to be produced and funded collaboratively, with an explicit goal of producing original research without vendor bias and involving a diverse set of stakeholders. Supported by member funds and a community-driven philosophy, the State of the Edge mission has been to accelerate the edge computing industry by developing free, shareable research that can be used by all. The program will continue alongside a community that cares deeply about edge computing and the innovations that will be required to bring its promise to fruition.

For information on how to participate in the project, please contact info@stateoftheedge.org.